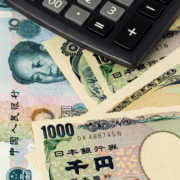 There is always a need for traders to seek out new opportunities. The Forex market is always changing, so sometimes traders must choose between volatile currencies or more stable ones due to the ever-changing world. It might even be worthwhile to buy currencies priced above parity against the US dollar.

In this article, we’ll share with you the top 10 currency trading lists. Based on the background of each currency, our analysts examined the list from various angles. You can already trade some of them with Telegram.forex.

Take a look at the world’s top 10 currencies:

Among the most traded currencies on the Forex market is the Canadian dollar. Financial institutions tend to hold CAD as a reserve currency because of its stability in various spheres, including economics, society, and politics.

In the United Arab Emirates, the dirham is the national currency. In terms of the exchange rate, it is considered one of the world’s most stable currencies. In order to tame potential volatility, the government pegged AED to USD as the country depends heavily on oil and gas exports. As of today, the exchange rate of USD to AED remains relatively stable.

Israel’s currency is the new shekel. In terms of technology, the country is considered innovative and advanced. Israel’s resilient banking sector, which recovered quickly from the global financial crisis of the 2000s, is promising as well.

It’s also important to note that the new shekel is not pegged to any other world currencies.

In spite of its shocking inclusion on the list of the world’s top 10 currencies, the Russian ruble is a strong currency if you give it a chance.

Russia’s official currency is the ruble. RUB is one of the oldest currencies, with a history of almost 500 years. Oil and gas are two of the country’s main exports; it is one of the world’s largest economies.

In a time of resource shortages, soaring prices support the currency and support its strength.

It goes without saying that the Great British Pound is the official currency of the United Kingdom, one of the world’s economic centers. The British pound is one of the oldest world currencies and one of the most traded.

In spite of Brexit’s uncertainty, the UK economy remains strong enough to capitalize on market opportunities.

For those of you who are interested in trading, you can open an account with Telegram.forex right now. Beginners can learn more about Forex currency pairs and begin trading even if they have no prior experience.

The euro is the next currency on our list. The euro is the primary currency of the European Union. It was adopted in 1999, so it is a relatively young currency. One of the most liquid and traded currencies in the world, the Euro is the world’s second reserve currency. Trading the EUR/USD pair has become so popular that special strategies have been invented.

Tourism and trade in the Eurozone have increased since the euro was introduced. Although the currency is struggling currently due to events shaking Europe, traders are still able to take advantage of it.

A top 10 currency list would not be complete without the Swiss franc. In Switzerland and Liechtenstein, it is the official currency.

The tourism and banking sectors dominate Switzerland’s economy, which makes it one of the wealthiest countries in the world. A large percentage of offshore funds are held in the country. Investing in the Swiss franc is considered a safe haven due to its stability and low inflation.

The Swiss franc has strengthened against the USD since the beginning of June. The CHF currency pair is quite active among Forex traders.

Traders should see the Japanese yen rise to the top of most valuable currencies in the near future.

As one of the world’s seven reserve currencies, the Japanese yen is one of the major currencies. Also, it is a highly traded currency.

The Japanese are proud of their technological base as one of the top importers and exporters in the world, adopting cutting-edge innovations. During times of uncertainty, the Japanese yen is often considered a safe haven for investors.

China is the world’s second-largest economy by GDP. Additionally, it has become the biggest exporter and producer due to its fast growth. As a result of effective economic reforms, China is climbing up the first places in a number of ways, including having the three largest stock exchanges, having the largest workforce, and having the most prominent stock exchanges.

As we all know, the world’s most powerful currency is the dollar. As the official currency of the United States, the US dollar is the cherry on top.

It is now easier for you to understand which currencies are most valuable. If you are about to start trading forex, this top 10 is a good place to start. You can trade most of these currencies with Telegram.forex. Become a member if you are ready to begin trading right now.